Trending
You are at:Home»Kink»New Study: Only 12% Use Term “Collar” Correctly
1
SHARES
FacebookTwitter 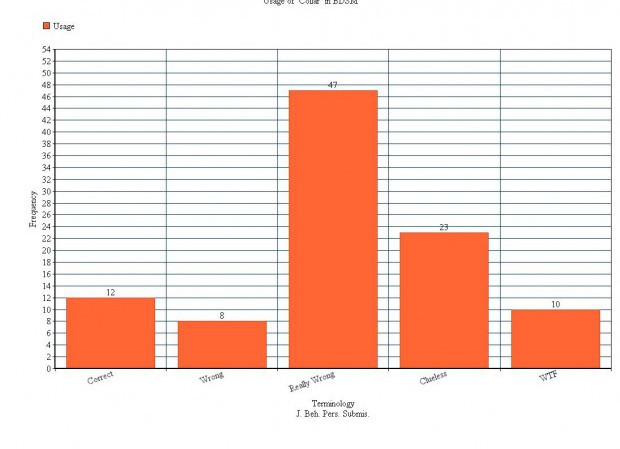 According to Dr. Martin Groobnick, lead research on the project, the project team was surprised to find that only 8% of the study’s population used the term in a way they considered “wrong,” a finding completely eclipsed by the 47% who were really wrong and the 23% who were “clueless.”

For Groobnick, one of the most surprising findings was the group who were saying things either so stupid or outrageous that they had to rework their coding scheme. “We created a category called WTF for comments that seemed either disconnected from reality for just too stupid for words.” That grouping garnered 10% of the results, only slightly less than those who used the term correctly.