Smythe-Mortenson was right in her theory that there may be something more there.  “First we moved from a 100 point scale to a 300 point scale, yet people were still scoring in the top 1%.  Even at 500 points, we were still seeing nearly every interview subject skew to the highest end of the scale.  It wasn’t until we got to a 1000 point scale that we started seeing some variance.”

“It’s because we are special,” Master Anders told The Daily Flogger.  “That had to invent a special scale for people like me.  I am just that special.”

Smythe-Mortenson said there are real dangers associated with this level of absorption.  Most commonly, that “you walk around behaving like a total asshole and you are completely unable to see it.  When people try to point it out, it is always seen as a problem with them, not the narcissist.” 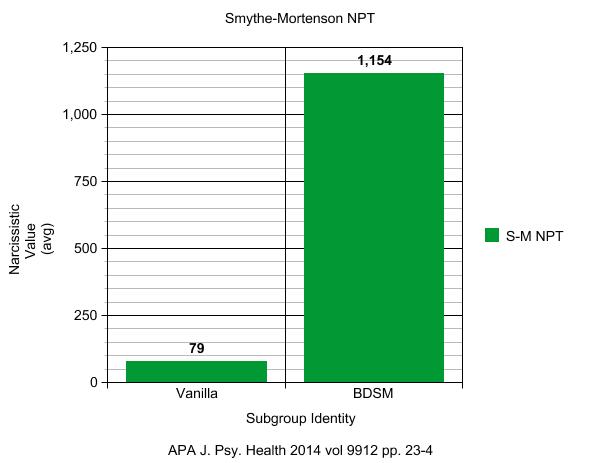