Today, Internet fetish website Fetlife announced it was moving its base of operations to the south. The new home base, a previously uncharted area of the continent Antarctica, will serve as the location for the website’s offices.

“We realized that we had basically already colonized the continent,” said John Baku, Fetlife founder, “so we decided it was time to make the move.”

Prior to what residents call the “Fetlife Boom,” the continent was home to fewer than 1,000 citizens year round, with growth in the summer month reaching 5,000, mostly researchers studying the extreme climate. In the past five years, more than 15,000 people have made Antarctica their home, mainly in the uncharted and unclaimed region. Analysts speculate that number could drop dramatically in the coming years as many of those living in the region are 93 years old and not expected to survive many brutal Antarctic winters. 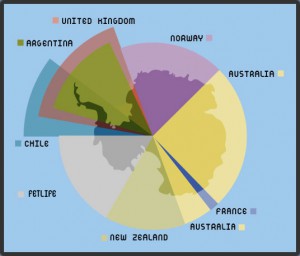 “We made a flag, stuck in the ground and called the UN to tell them we are now claiming part of Antarctica as a sovereign nation,” said a spokesperson for the Canadian based website. The primary export of the new nation will be a combination of “really hot fetish models and sock puppets.”

According to Baku, governance won’t be easy. “Most of the people from Antarctica seem to have really strong opinions on things. But we are sure we can work with them to make sure our new home accommodates everyone. Well, at least everyone the bank and credit card processors find acceptable.”