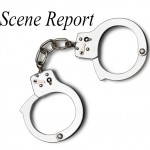 A local Dominant man from Tampa, FL is under intense scrutiny today after allegedly violating the consent of a 22 year old submissive woman at a local dungeon.

“He gave me that look, right?  That creepy look.  I didn’t ask to be looked at that way and he wouldn’t stop, even after I broke eye contact and looked away,” she told local reporters.

The victim, who goes by the name LilPrincessKittyKat, has been visiting the Tampa based play space for more than a month.  Fighting back tears, she went on to describe the incident.

“It was like 11 o’clock and I had been there for a couple of hours and I see this guy and he is staring at me, with creepy eyes and he smiles and waves.  I mean it was just creepy.  And  went to the party organizers and complained but they said they couldn’t do anything unless he actually touched me, or spoke to me, or was even in the same physical proximity as me, whatever that means.”

The man, who still seems shaken by the accusation, explained his side.  “I was actually waving to my friend PrincessLittleKittyCat, not the crazy woman who reported me.  I can understand the confusion, though, we have seven or eight women who have some mixture of princess and cat in their name, it can be very confusing.  But I still don’t understand the part about consent.”

MeowCat99, who is leading the crusade to get the accused Dominant banned from all events in the Southeast, described what she sees as an “epidemic” of consent violations.  “Creepy guys looking at you is no different than putting a gun to your head and forcing you to give him a blow job; it’s all rape culture and it all needs to stop.”  When pressed from more details, MeowCat99 expanded her complaint, “When someone shoots you with a gun, they have to aim it, when they chase you down an alley and rape you, they do it because they see you.  It all starts with a look.”

In a press release earlier today, the owner of the establishment wrote “We take all complaints of consent violations very seriously.  In this case, we really couldn’t act because we found that the complaint lacked merit.”

Reaction was swift and devastating.  37 groups have protested the statement, labeling it a clear example of “victim shaming and victim blaming.”  An additional 12 groups have labeled it as “victim blaming” but found no evidence of shaming, while only a few found clear examples of “victim shaming,” but found no evidence of blaming.  Each of those groups are now protesting and boycotting each other for what is described as a “lack of sensitivity on the part of anyone who doesn’t agree with me.”

MeowCat99 rejects the notion that the man may have been flirting or engaging in commonplace friendly behavior.  “It’s only flirting if the guy is cute.  Otherwise it’s creepy and its wrong.”