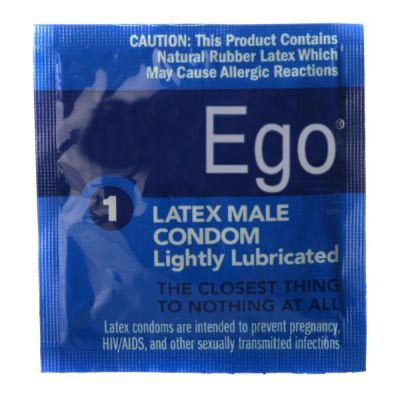 ANTWERP, BELGIUM March 21, 2014 European condom company Unwerpt has created a new condom especially for male dominants.  The condom called “Ego” is marketed as the “largest condom ever produced” and billed as “the only protection capable of sheathing your manly member.”  The release of the condom is accompanied by a slick website promotion which allows a user to enter their name in a website form that subsequently informs the user that he is “well above average” and that “his cock is majestic.”

In reality, the condom is made for slightly smaller than average men.

An Unwerpt spokesperson said that “our condoms are designed with the male dominant ego in mind, which is why we called them Ego.”

When confronted about what appear to be deceptive marketing practices, the Unwerpt spokesman replied, “These men have been lying about their cock size for decades, we felt it was time they had a product that was just for them.”